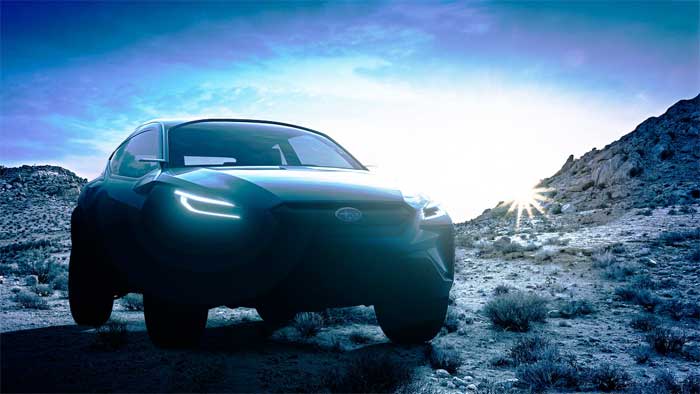 Subaru is teasing what appears to be a small crossover that could fight against the Nissan Juke and the mass of other crossovers in that segment. The concept is called the Viziv Adrenaline. While the chances of any production car looking like this concept are slim, the teaser could give some glimpse at cues for a future production car.

The thought is that the concept car might be hinting at a future replacement for the existing Crosstrek. Calling the concept Adrenaline hints that it might be a performance vehicle, I think a bunch of Subaru fans would like to see a sort of Crosstrek STI.

Subaru also has a pair of electrified cars that will debut at the show. It’s not clear what these models will be or if we are looking at plug-in EVs or hybrids, money is on a hybrid.