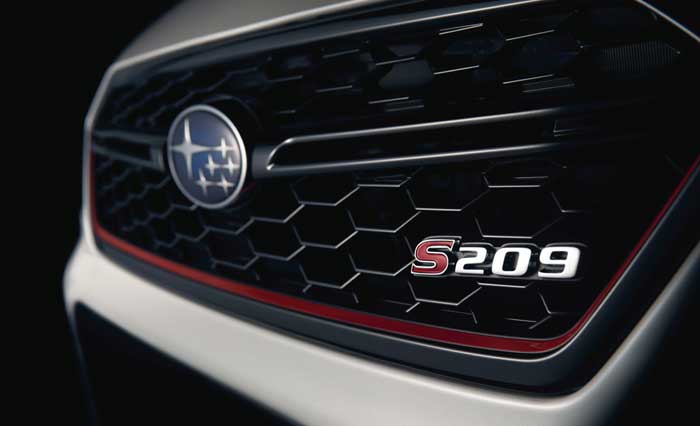 The automaker has now teased a single image of the WRX STI S209 that has been rumored and promises to debut the car at the 2019 North American International Auto Show. This car is expected to be the last hurrah of the current WRX.

The official unveiling of the S209 is only days away with Subaru confirming January 14 as the day. The car is expected to have more power and better suspension than other WRX STI versions.