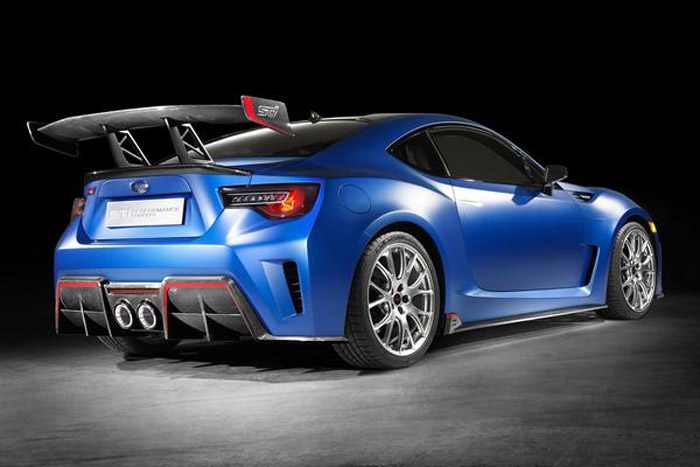 Fans of the BRZ have been hoping for a STI version of the car since the BRZ first rolled onto the scene. The car handles and looks great, but could really use more power. Subaru has now rolled out a BRZ STI concept at the New York International Auto Show and it looks fantastic. Subaru isn’t offering up all the details on the concept just yet, but we hope those will come later.

Most of us expected the car to keep the same engine and get a turbo in STI form, but that hasn’t happened. Subaru says that the concept has an engine based on the racing engine from the Subaru BRZ Super GT race car. We don’t know how large that engine is or how much power it has.