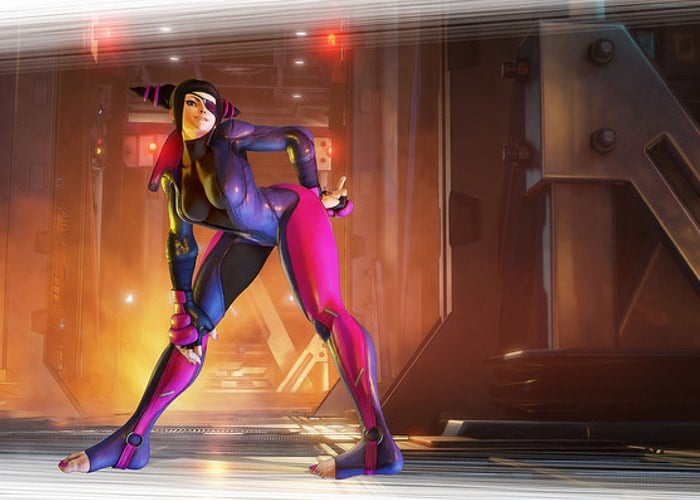 Bao Le from Capcom has announced that Juri will be joining the lineup within the Street Fighter V game in a few days time on July 26th 2016, and follows on from announcements from EVO and SDCC 2016 regards what you can expect in the next update to Street Fighter V.

Juri users a fighting style that builds charges up and rushes at the opponent, kicking them from behind and allowing players to either choose to charge by holding down the V-Skill command or cancel Kasatsushu at any time to carry out another attack.

Juri will be available to download on the PlayStation store starting July 26th. Fans attending San Diego Comic Con this week will be able to experience playing Juri first hand at the Street Fighter V booth, so be sure to stop by! Juri’s Story and Premium Battle Costume will also become available at the same time she releases on the 26th.

Introduced in Super Street Fighter IV, Juri is a provocative S.I.N. agent from South Korea who goes by the codename of “Spider” and worked under Seth. Juri is a sadistic fighter who enjoys violence and loves tormenting her prey, with a tendency to get involved in anything she deems as fun or dangerous. Fueled by hatred of Shadaloo and M.Bison for the murder of her parents, Juri joined S.I.N. to seek revenge and doesn’t care who she has to annihilate to achieve her goals.

Jump over to the official PlayStation blog for more details on Juri’s moves, techniques and powers via the link below.