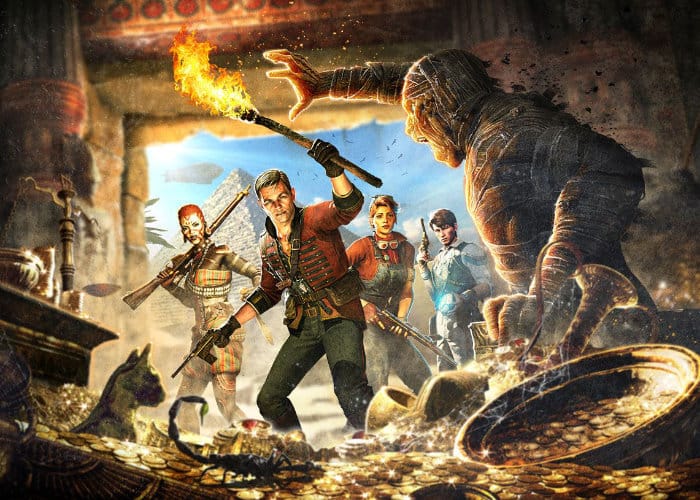 Rebellion Developments has released a new gameplay teaser trailer providing a quick look at what you can expect from the multiplayer gameplay Strange Brigade the companies latest co-op adventure which is under development. Set during the 1930s the latest Strange Brigade trailer provides a first glimpse at the Hidden Valley area and four player cooperative action. “Egypt, 1930’s. Erased from ancient history and buried in a nameless tomb for 4,000 years, Seteki the Witch Queen has risen once again.”

Together with a glimpse at some of the special powers weapons and gear you will be able to wield to defend yourself against the horde of mummies from the tombs. “From the creators of Sniper Elite 4 and Zombie Army Trilogy comes a rip-roaring 1930s adventure for 1-4 players filled with pulse-pounding action, treacherous traps, and tales of derring-do … Embark on an exotic safari into DANGER where few dare go and fewer return! Encounter FANTASTIC and forgotten civilizations shrouded in MYSTERY! Uncover TREACHEROUS tombs and unfathomable EVIL, never-before-seen by any human now living … “