Yesterday Apple’s CEO talked about Apple and the iPad at the Annual D Conference, which was hosted by the Wall Street Journals Walt Mossberg and Kara Swisher, and one of the things he mentioned is that Apple had the idea for the iPad before the iPhone.

Apple had the idea for the iPad back in early 2000, and when Steve Jobs saw a prototype of an early Apple Tablet, he decided that they would be able to make a phone based on the platform and the iPhone was born. 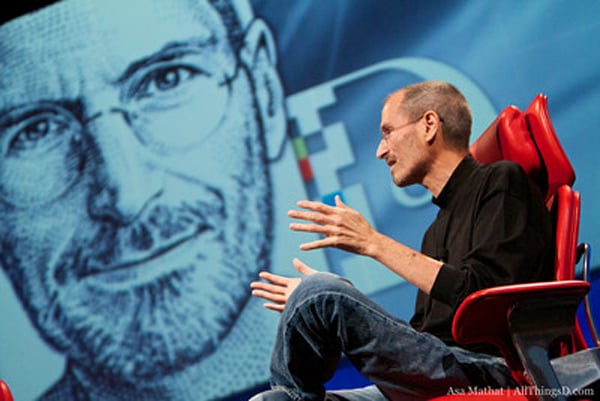 “I thought, ‘My God we can build a phone out of this,'” said Steve Jobs, Apple then shelved plans for their tablet device and began devolpoing the iPhone, which was launched in 2007.

Jobs acknowledged that the next-generation iPhone photographed by Gizmodo was circulating as a part of the normal testing of wireless products. “To make a wireless product work well you need to test it. You have to carry them outside. One of our employees was carrying one. There’s a debate about whether he left it in a bar, or it was stolen out of his bag,” he said. “This is a story that’s amazing — it’s got theft, it’s got buying stolen property, it’s got extortion, I’m sure there’s some sex in there… the whole thing is very colorful. Somebody should make a movie out of this.”

It is interesting that Apple were working on the iPad long before the iPhone, and then decided to switch their focus from the iPad to the iPhone, if they hadn’t done this they probably wouldn’t be in the position they are in today.