SteelSeries has been making headphones and other gaming peripherals for a long time. The company has pulled the cover off a couple new sets of headphones at E3 this week that are for the Xbox 360 gamer.

The headphones include the SteelSeries Spectrum 4xb and the Spectrum 5xb. The 5xb headphones are the high-end set and feature custom 40mm SunDancer drivers for positional audio in games. The headset connects to the Xbox 360 with a cable and has large padded ear cups. A retractable mic is also included. 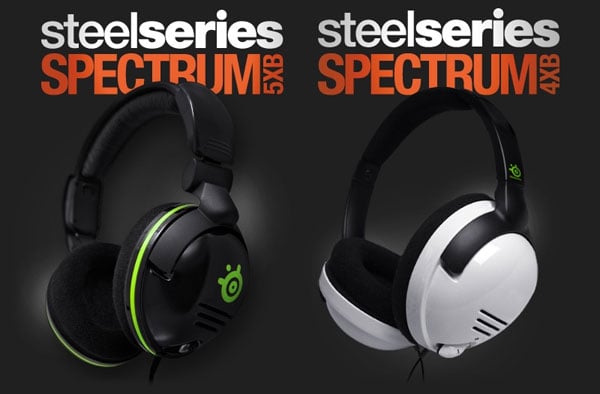 The 4xb is the entry-level headset, has padded ear cushions, and connects to the Xbox 360 via a wire. The headphones have a 3.5mm jack and support Xbox LIVE Chat. Both headsets include the new AudioMixer that lets you connect any headset using a 3.5mm jack and mic to the Xbox. The AudioMixer is also available separately. All products will launch in Q3.