Capcom has released a new video showing a little more of the destruction and violence you can expect to play out in their new Steel Battalion: Heavy Armor game that will be launching in June.

The new Capcom Steel Battalion: Heavy Armor game takes place in 2082 after the world has been devastated by a silicon-eating microbe. That’s has left the world lacking in computer technology. 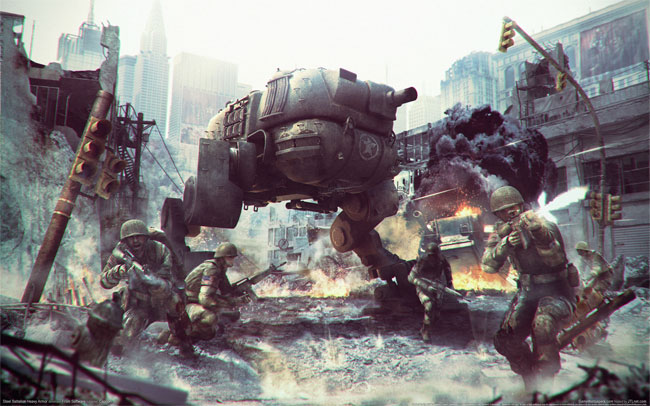 Your mission in the game is to control Vertical Tanks, which are now the United States military primary attack force. The Steel Battalion: Heavy Armor game has been specifically designed by Capcom to be played with Microsoft’s Kinect motion controller, and will be arriving on Microsoft’s Xbox 360 on June 22nd.

You can check out the control aspects for the new Steel Battalion: Heavy Armor game in the earlier video released by Capcom in out previous post.