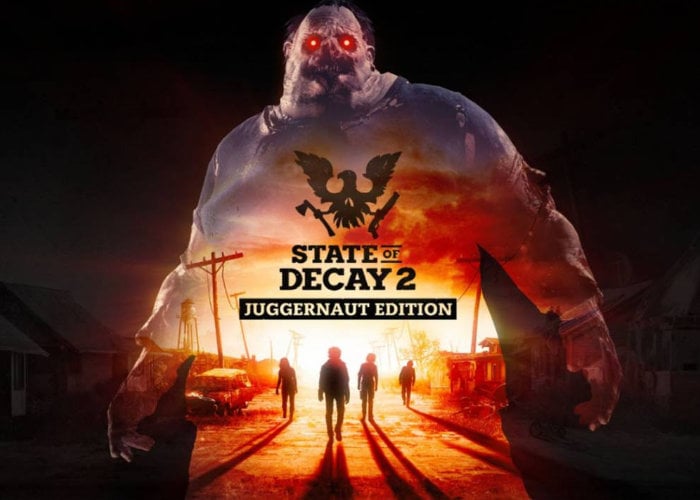 Philip Holt, Head of Development at Undead Labs has taken to the official Xbox News site to announce and reveal more details about the new State of Decay 2 Juggernaut Edition which will be available to play on March 13th, 2020. The new Juggernaut Edition Includes all three add-on packs released to-date: Independence Pack, Daybreak Pack, and State of Decay 2: Heartland and will be available on Xbox, Xbox Game Pass and PC via Steam. “Everything you love about state of Decay 2 and adds tons of new content and improvements for veteran and new players alike.”

New features of the Juggernaut Edition :

“Today, we are thrilled to announce State of Decay 2: Juggernaut Edition, an expanded and improved version that takes everything you love about State of Decay 2 and adds tons of new content and improvements for veteran and new players alike. Best of all, this is a free, automatic upgrade for all existing owners of State of Decay 2, including all Xbox Game Pass members. Launching with Xbox Game Pass as well as Steam on March 13, here are some highlights of the many visual and gameplay improvements included in Juggernaut Edition.

We created a brand-new open world map for players to explore in a rugged logging town named Providence Ridge, and we completely rebuilt the post-tutorial experience to better teach players the key facets of playing State of Decay 2.There’s also a new category of heavy melee weapons that reward player skill and timing, a wide range of graphical improvements (including better lighting and foliage optimization for better performance), and dodge and stealth are now split into separate commands as part of an improved control scheme. We also fixed dozens of mission and gameplay bugs to ensure a better experience for all players, improved the audio experience, including additional music that doubles the total amount in the game, and more.”