I wouldn’t sound the death knell of the World of Warcraft MMO dominion just yet, but Bioware’s upstart Star Wars MMO seems to be gaining momentum. Not only has the game hit the 2 million subscriber milestone earlier than expected, but telemetry data collected from players suggests they regularly sink as much as six hours in sustained play sessions. 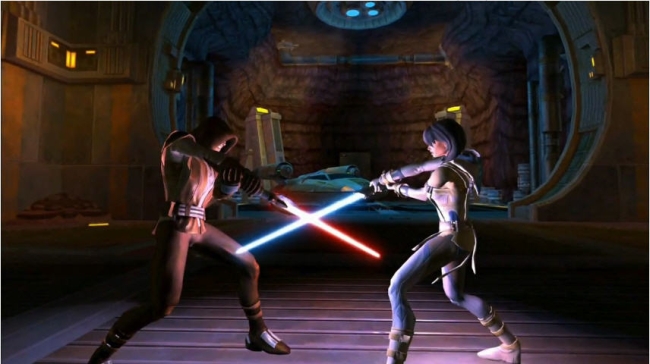 “When they play, their sessions are absurd,” said Bioware’s Greg Zeschuk. “What it implies is that we’ve managed to pull off this ‘just-one-more-quest, just-one-more-thing’ feeling. I find myself doing that all the time. I just get sucked back in. The playing of the game is off the charts.”

“The other thing that’s really funny is you can tell when things are going really well in the game because the amount of forum chatter drops. People don’t go to forums. They just play.”