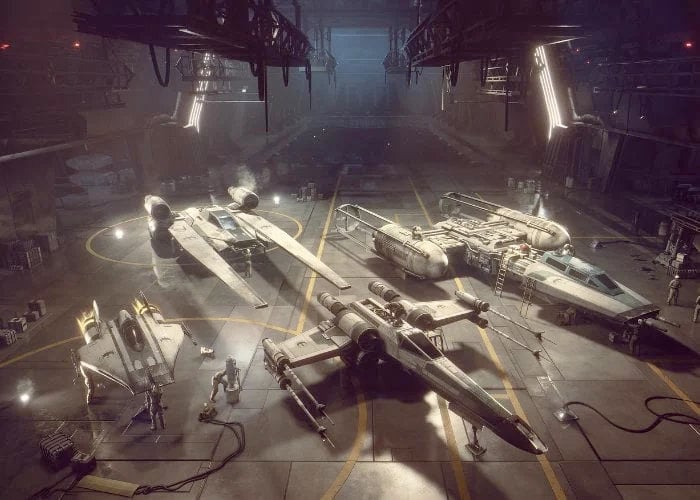 Gamers interested in learning more about the upcoming Star Wars Squadrons game set to launch in a couple of months time on October 2nd 2020. Are sure to enjoy this new gameplay trailer created by the Star Wars HQ YouTube channel. Star Wars Squadrons is the highly anticipated space combat game set in the Star Wars universe and developed by Motive Studios and published by Electronic Arts for PC, PlayStation 4 and Xbox One.

“Set after the Battle of Endor and the destruction of the second Death Star, the story alternates between two customisable pilots who are flying for New Republic’s Vanguard Squadron and the Empire’s Titan Squadron. The multiplayer supports up to 10 players and pits two groups of pilots against each other. As players earn more experience, they can unlock new weapons, shields, upgrades and various cosmetic items for the pilot and their ship.”

Star Wars HQ explains : “I Played Star Wars Squadrons! I tell my experience with all new gameplay including single player campaign, multiplayer modes (Dogfights and Fleet Battles), flying all starfighters, cockpit & controls, and so much more.”

There are four classes for both sides. On the Galactic Empire’s side players can choose from :

New Republic players get to fly :