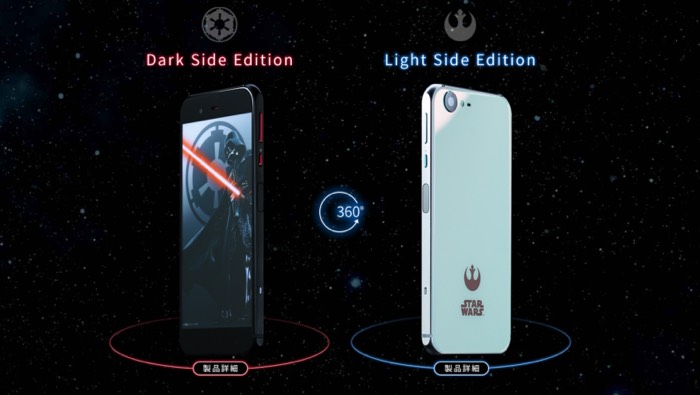 Softbank has announced that it is launching tow special edition Star Wars smartphones in Japan, the devices are being launched to celebrate the new Rogue One movie which launches in December.

The two Star Wars smartphones with be a Dark Side Edition and A Light Side Edition, both handsets will have the same specifications.

These new devices will feature a 5.3 inch IGZO display with a Full HD resolution of 1902 x 1080 pixels and processing is provided by a Qualcomm Snapdragon  820 processor.

There will also be 4GB of RAM and 32GB of included storage, this can be expanded by a microSD card slot. The handset will come with a 22.6 megapixel camera and will feature Android 6.0. They will also come with a TV tuner and a 3000 mAh battery, you can find out more details at the link below.