We’ve featured a number of 3G iPhone docking stations here on Geeky Gadgets but none combining Star Wars and Lego. This fantastic iPhone dock was created by Chris Harrison and inspired by the Star Wars AT-AT and AT-ST vehicles and is aptly named the AT-Dock. 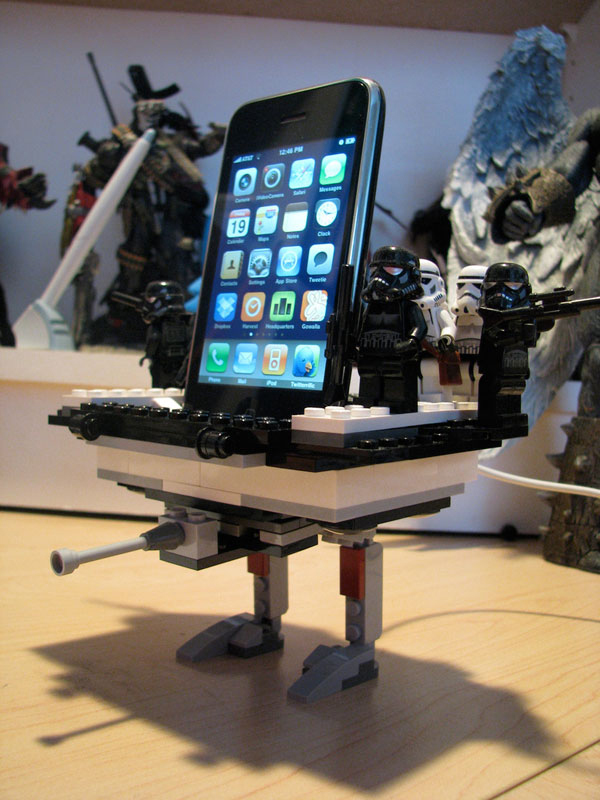 Apart from his obsession with Lego & Star Wars Chris also admits to being an iPhone 3G and caffeine addict. Check out Chris Harrison’s other Lego Star Wars inspired creations on his Flickr page. There are also other iPhone docks with full instructions, if you fancy having a go at building one yourself this weekend.

Via Technabob Via Chris Harrison