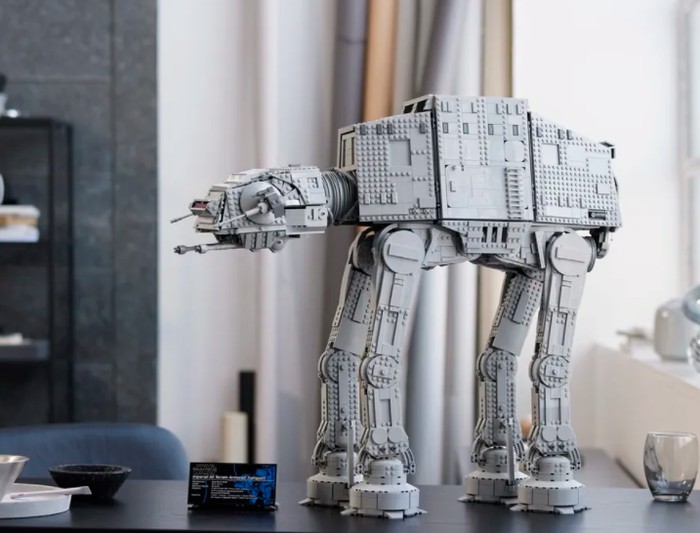 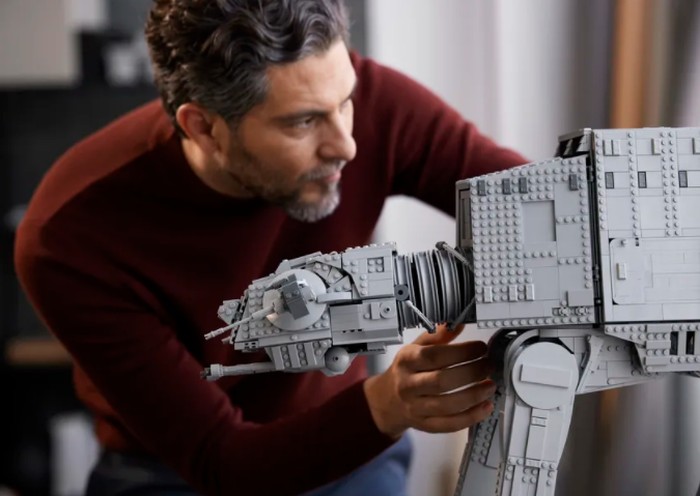 “The AT-AT (All Terrain Armored Transport) first appeared in Star Wars: The Empire Strikes Back, its huge presence appearing over the horizon on the icy fields during the Battle of Hoth, ready to attack the Rebel Alliance’s shield generator. Nothing like it had ever been seen before, and the Galactic Empire’s ground forces used the AT-AT’s gigantic size to overpower the Rebellion and ultimately destroy Echo Base.” 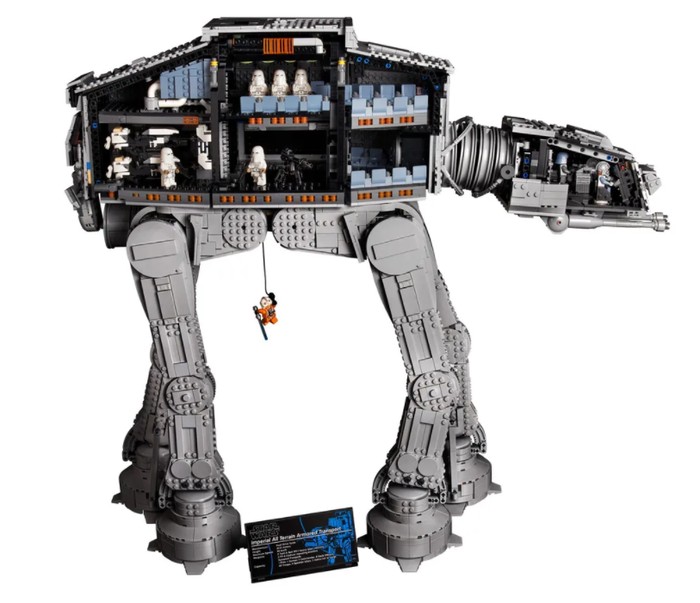 “In addition, the set comes with nine minifigures and accessories, including Luke Skywalker (along with a wire so fans can recreate the famous scene of him swinging from an AT-AT’s underside in an attempt to thwart their attack), General Veers, two AT-AT drivers, a Snowtrooper Commander and four Snowtrooper minifigures, as well as two speeder bikes and an E-Web cannon set accessories — plus plenty of interactive elements and easter eggs! An amazing set for display or action, the set can also fit an army of Snowtrooper minifigures inside – 40 in total.” 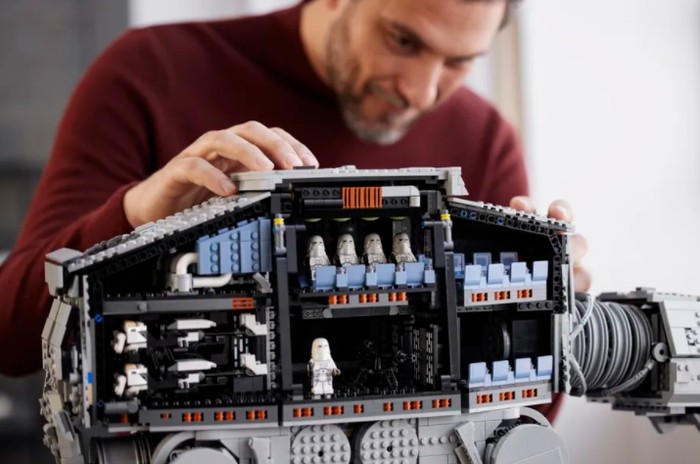 “A must-have for any dedicated Star Wars fan, this model has been designed by legendary LEGO Design Master Henrik Andersen. Discussing the design, Andersen said, “the mega-sized LEGO Star Wars AT-AT set is the one everyone has been waiting for, and it’s been a thrill to bring this highly-anticipated build to life. The AT-AT was an engineering masterpiece and the LEGO set will make an impressive display. But we have also packed in plenty of details that will deliver hours of fun for fans of LEGO and Star Wars alike.””