A Minecraft master crafter called Grahame over on YouTube has started the monumental task of recreating the whole of the Star Wars Episode IV: A New Hope movie within Minecraft.

This week he has released a 15 minute preview to show you his progress and the awesome work that he has put in so far to recreate the classic movie, check it out after the jump. 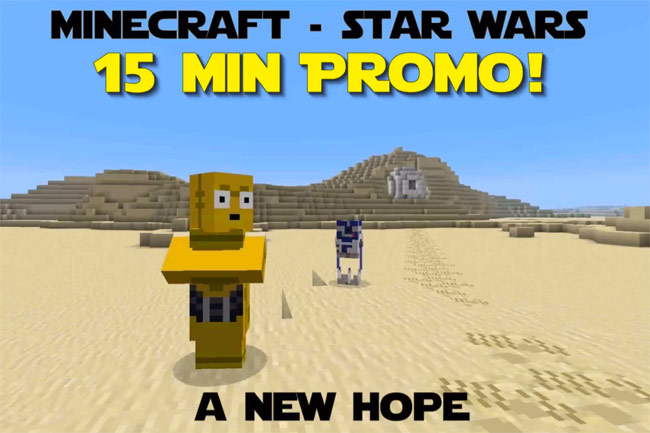 The Star Wars Episode IV: A New Hope clip created in Minecraft has been synced with the 1977 movie and Grahame explains:

“I am recreating ‘Star Wars – A New Hope’ the FULL film in vanilla Minecraft. This project has been years in the making, some of the sets have taken upto 6 months just to build. No mods have been used, just custom textures and art. This is the 1st 15 mins of the film! You will need the original 1977 version of the film to watch this with sound! I have tested it myself and it works 100%”