Star Wars and Minecraft fans are sure to enjoy these videos which have been created re-creating memorable scenes from Star Wars, including the Death Star Run and Battle For Hoth.

The virtual set to re-create the scenes took around 2 months to build, and the videos took around 6 days each to film and sync with the snippets of audio and soundtrack. 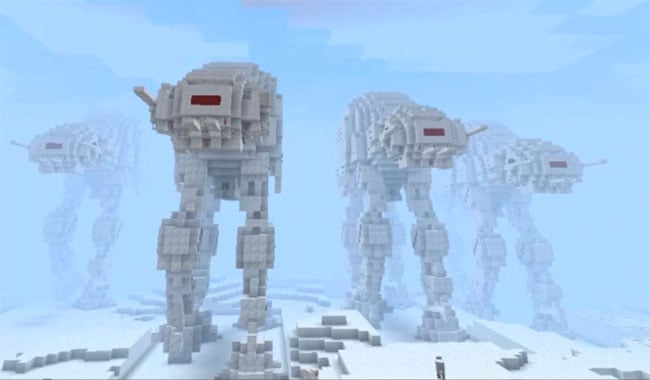 The videos have been created by Minecraft master Grahame who explains on YouTube: “Everything in the video has been built by hand!”-“I have tried to re-create the Hoth sequence to the best of my knowledge, including the highlight clips from the movie. No special effects or mods have been used….. it’s all vanilla!”

Also at the bottom of the videos just because its so awesome in scale is a 1:1 Starship Enterprise-D from Star Trek: The Next Generation, being created in Minecraft. Enjoy!