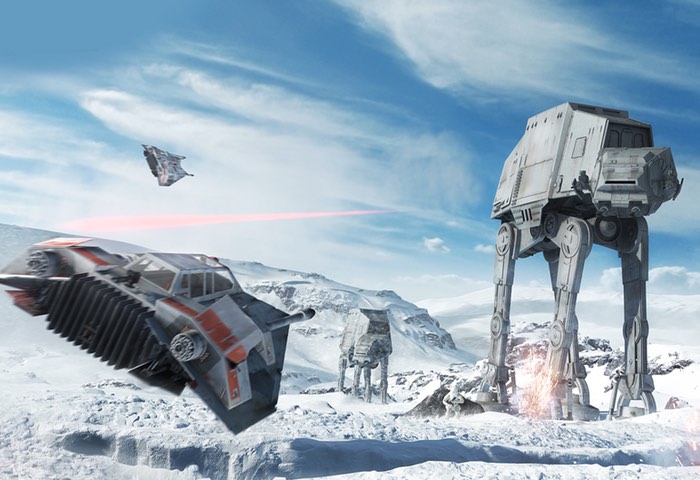 The EA earnings call also revealed that the company has shipped a massive 14 million copies of the original Star Wars Battlefront game which launched late last year and is available to play on PlayStation 4, Xbox One and PC systems.

The new Star Wars Battlefront 2 game will include content from the upcoming movies and will provide players with “bigger and better” worlds, the Gamespot website writes :

EA CFO Blake Jorgensen said during an earnings call that Battlefront 2 will have “bigger and better worlds.” He added that it will make use of content from “the new movies,” though he didn’t name any outright. The first Battlefront only featured content from the original Star Wars trilogy.

Also during the call, Jorgensen said EA plans to release one new Star Wars game every year for the next three to four years. The Battlefront sequel will come out “next year,” he said. It’s unclear if he was referring to calendar year 2017 or EA’s next fiscal year. Fiscal year 2017 just started on April 1. We have followed up with Electronic Arts in an attempt to get more details.

Additionally, Jorgensen confirmed that the Star Wars action game from Dead Space studio Visceral and Motive is coming during the next year, but again, we don’t know if he meant calendar or fiscal. On top of that, Jorgensen mentioned Titanfall developer Respawn’s recently announced third-person action-adventure Star Wars game, but did not provide any details on when it would launch.