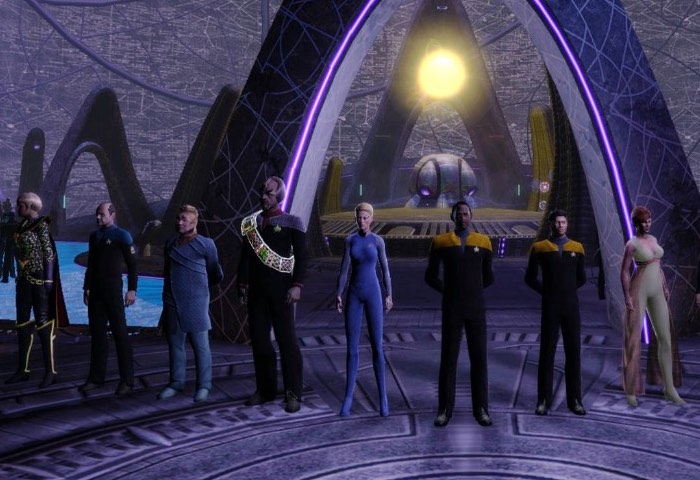 Star Trek fans that have been patiently waiting for the Star Trek Online MMORPG to be available on Sony’s next-generation PlayStation 4 console. Will be pleased to know that the science-fiction franchise will be arriving on the PS4 during the fall of 2016 and will be available to play for free.

Steve Ricossa Executive Producer for Star Trek Online has taken to the official PlayStation blog this week to reveal more details about what you can expect from the new PlayStation 4 game that will offer both space and ground combat.

Check out the video below to learn more about what you can expect from the PS4 Star Trek Online MMORPG game.

For those unfamiliar with Star Trek Online, we are a free-to-play MMORPG based on the Star Trek franchise offering players the opportunity to create their own captain and explore the galaxy as they play through countless hours of content. Over the past six years of development we have created more than 130 featured episodes (similar to the TV series episodes) that star some of the cast members of the Star Trek series including Michael Dorn, Jeri Ryan, Tim Russ, and more.

Star Trek Online is a free-to-play massively multiplayer online game where players can pioneer their own destiny as Captain of a Federation starship, become a Klingon Warrior and champion the Empire through the far reaches of the galaxy, or rebuild the Romulan legacy as the commander of a Romulan Republic Warbird. Its last expansion, Star Trek Online: Delta Rising, brought players into the Delta Quadrant and reintroduced them to iconic members from the Star Trek: Voyager cast including Seven of Nine, The Doctor, Harry Kim, Neelix and Tuvok. In Star Trek Online players have the opportunity to visit iconic locations from the popular Star Trek universe, reach out to unexplored star systems and make contact with new alien species.