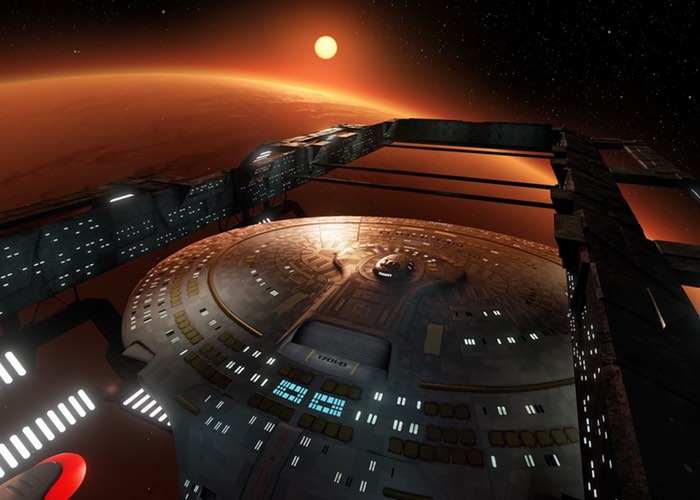 Worf Jason a 3D artist has put his skills to use creating an awesome virtual reality tour of the Star Trek Enterprise, with future a goal of recreating the USS Enterprise NCC-1701-D in its entirety using the Unreal Game Engine for Star Trek fans to enjoy.

As you can imagine recreating the complete USS Enterprise is a big undertaking and Jason is considering launching a Kickstarter crowdfunding campaign to help fund the project.

Enjoy a guided tour of the virtual reality USS Enterprise NCC-1701-D in the video below. Jason explains a little more about the project and his plans for the future.

I have plans only to complete the main Project Goal. If there is interest from the fanbase, I will try and pursue this project from a more serious standpoint. The project would need some crowdfunded funds to hire other developers, namely some coders to build the systems described in the later phases, and more artists to crank out character assets and other external locales. There is also the matter of licensing.

I will seek CBS’ blessing to continue to create this. But to release it as a product, licensing will have to be procured. More people hired, a serious road map put into place. Games aren’t cheap. But, for now, the project exists to build a truly immersive Enterprise experience. If there is interest, I will take it all the way.

To learn more about the virtual reality Star Trek project jump over to the creator’s Facebook page via the link below.