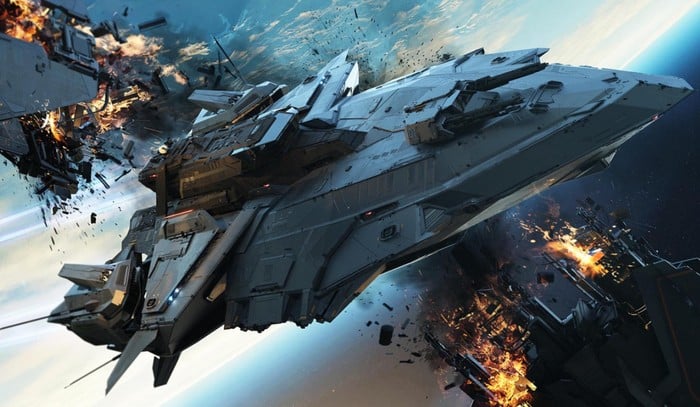 If you haven’t yet played the gaming phenomenon that is Star Citizen, this week you can enjoy free access to the game as the community celebrates the Annual Ship Showdown Event. The event offers One-week of Free Game Access and Test Flights for the Community’s Favorite Ships and will continue until Monday September 27th 2021.

“The Star Citizen Ship Showdown is a month-long celebration of galactic proportions where players around the world vote for their favorite vessels and spacecraft designs in the ‘verse. Players campaign for their favorite ships with original videos, songs, miniature, photos, and more. You can find an archive of the best community creations celebrating their favorite ships, here. The second phase of the event sees 16 of the most popular ships competing in a head-to-head bracket vote.”

C2 Hercules
Utilizing the patented Hercules military-grade spaceframe and expanding cargo capacity, while sacrificing barely any firepower, the C2 has taken the private sector by storm. It has become the industry standard for racing teams, ship dealers and manufacturers, construction orgs, mining corporations, and even large-scale touring entertainment outfits.
MPUV Cargo
The ARGO Astronautics MPUV-1C (commonly ‘Argo Cargo’) is a dedicated merchant transfer ship, a ubiquitous intergalactic stevedore. Vast numbers of Argo Cargos are responsible for loading and unloading goods onto massive long-haul transports and miners that cannot otherwise land on planets or drydocks.
600i Explorer
This multi-role luxury vessel from Origin Jumpworks features an exquisitely detailed hull design that balances performance and versatility in a sleek and timeless form.
Mercury Star Runner
The Mercury checks all the boxes expected of a dependable courier vessel, and then some. If you need it there fast and unscathed, you can’t do better than the Mercury.

“To celebrate the conclusion of this annual celebration, developer CIG welcomes new players with free access to download and play Star Citizen along with free access to Ship Showdown’s final four ships for both new and existing pilots. Those who have any of the final four ships with the most votes can also look forward to additional prizes including an exclusive in-game skin and leather jacket, while the ultimate winner will also receive a manufacturer-themed in-game backpack.”