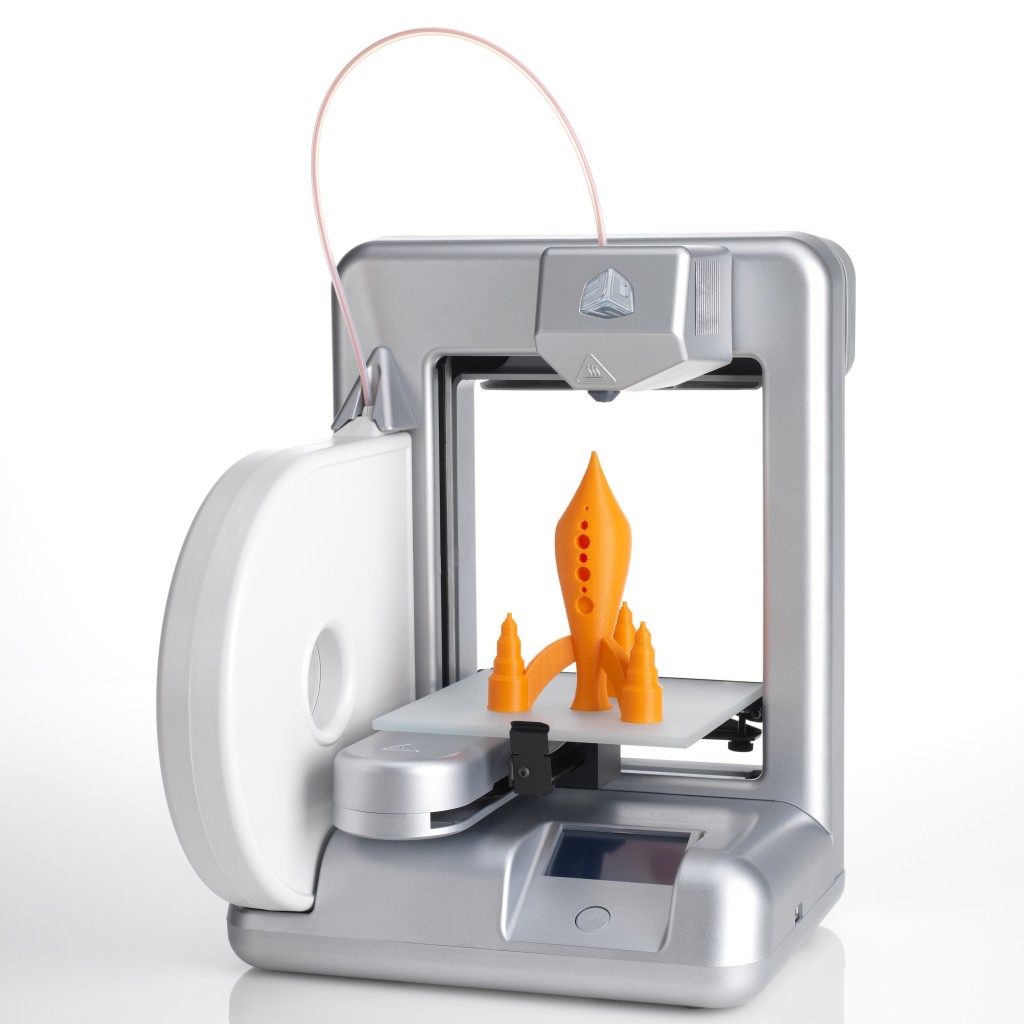 At this point in time you’ve had to have heard about 3D printers – printers that can take a blueprint or template and create an object out of plastic. They’ve been on sale around the world for a while now and have started becoming rather popular. Even the United States military has acquired a few for production purposes.

If you wanted one of these printers, you had to buy it online and pay exorbitant shipping fees to transport the massive and expensive object – but not anymore. Staples has become the first United States retailer to sell 3D printers on their stores’ floor.

They’re starting with one of the more affordable 3D printers on the market too – The Cube. At $1,300, The Cube is much cheaper than its $2,000+ counterparts, is WiFi ready and is compatible with both Mac and Windows operating systems. It prints objects as wide and tall as 5.5 inches and comes print-ready with 25 free templates to try out. Of course, Staples will also be selling the plastic refill cartridges to keep the printer running as long as the customer requires.

It’s still a lot of money for a printer most of us have no real need for, but enterprising at-home entrepreneurs now have a new way to create and mass produce products from home. Staples is hoping the cheaper price coupled with local accessibility will cause a rise in the 3D printer industry – and when that rise occurs, they hope to be the first company on the scene to collect a majority of the profits.