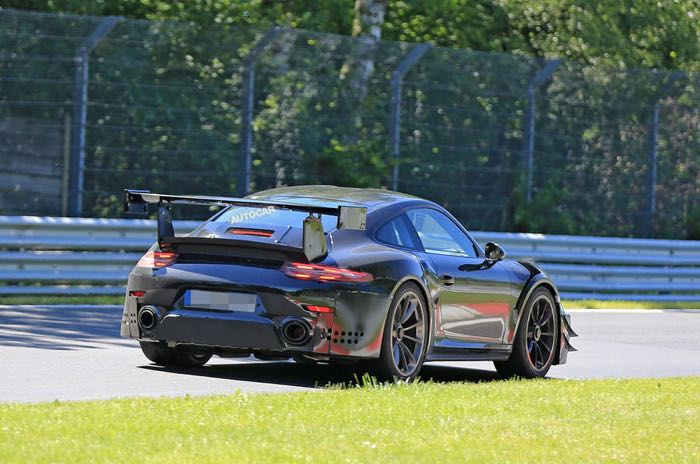 The 911 GT3 is naturally aspirate where as the Porsche 911 GT2 RS is based on the 911 Turbo and the guys over at Autocar managed to get some spy shots of this new 911. 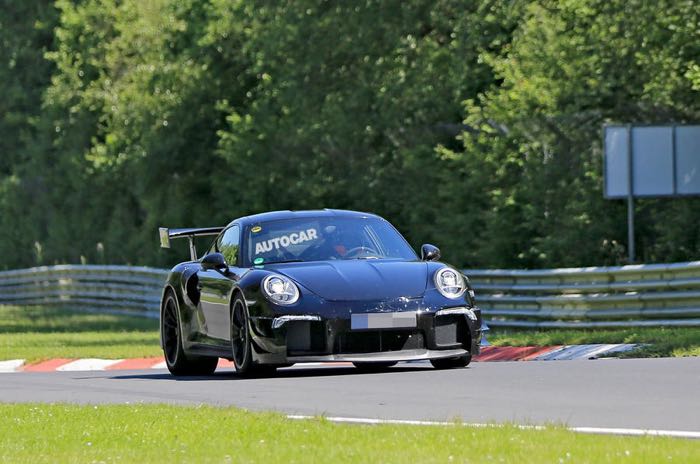 The GT3 RS comes with around 493 horsepower, there are rumors that the new Porsche 911 GT2 RS will come with about 700 horsepower. The previous GT2 which is based on the 997 version of the 911 has 611 horsepower.

Porsche are expected to launch their new 911 GT2 RS some time in 2018, the photos were taken of the car being tested at the Nürburgring.