The Uzi Tactical Pen should be in every secret agents gadget bag. Made from high grade aircraft aluminum this light weight pen can be used to capture the DNA of a potential attacker for later diagnostic use by the Police.

The Uzi Pen is fitted with a razor sharp crown on top of its lid, which when jabbed into an attacker will not only causes extreme pain but also capture a DNA sample. 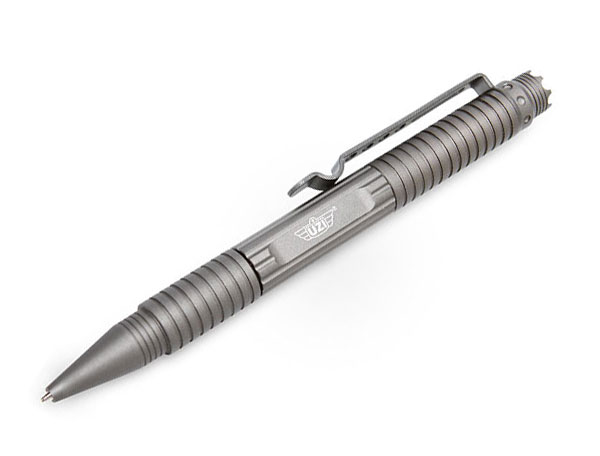 Not only that but the crown also doubles as a glass breaker and the pen can write underwater and even upside down. Taking either standard Parker and Fisher Space Pen refills.