If you are the owner of a Boxee Box you might be pleased to hear that Spotify has now landed on your device and is available through a new Spotify app just released on to the Boxee Box platform.

If you are not familiar with Boxee Box, it’s a device that allows you to stream many of your favourite TV shows and movies from the Internet and shows them on your TV. Now if you are a Premium Spotify subscriber you can now also enjoy streaming music directly thorough your Boxee Box. 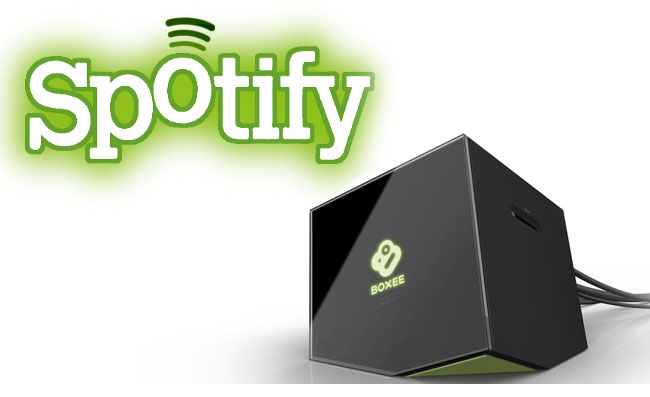 However there is one restriction that could cause a few problems for some users, on Boxee Box Spotify users are unable to edit their Spotify playlists. Boxee VP of Marketing Andrew Kippen explains:

“There’s bound to be people who aren’t as happy that you can’t edit playlists or do searches on the app. But, we really wanted to train them to realize that they shouldn’t be doing that stuff on their TV anyways,”

The new Boxee Spotify App should be available now, and Boxee users that cant already see the Spotify App are requested by Boxee Box to sign out and then back in to their accounts, which should make Spotify pop up in the list of featured apps.