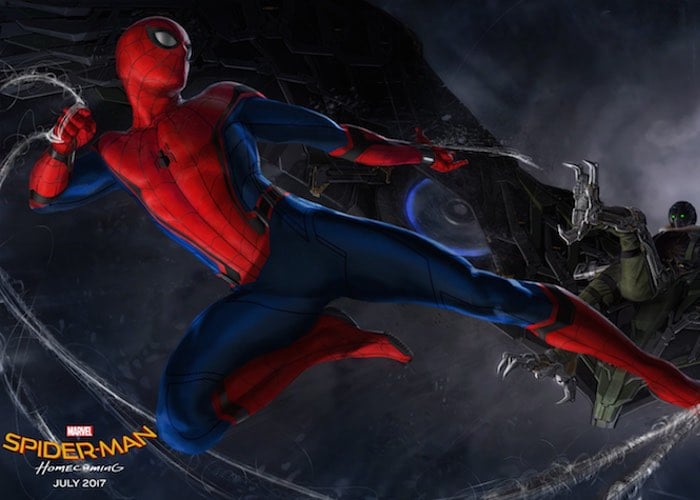 During Comic Con this week footage for the new upcoming Marvel’s Spider-Man Homecoming movie was revealed, but as yet it is not yet available to view online.

Although a good breakdown of the footage shown at San Diego Comic Con can be heard in the YouTube video below created by Emergency Awesome.

The synopsis takes you through what you can possibly expect from the new Spider Man movie which takes place after Captain America Civil War, and will be exploding onto theatres worldwide during the middle of next year on July 7th, 2017.

It has already been confirmed that the cast will include Tom Holland playing a young Peter Parker together with Robert Downey Jr. and Michael Keaton playing Vulture. As soon as more details, trailers information is released regards the new Spider-Man Homecoming movie we will keep you up-to-date as always.

Following the events of Captain America: Civil War,[1] Peter Parker tries to balance his life as a ordinary high school student in Queens with fighting crime as his superhero alter ego Spider-Man.