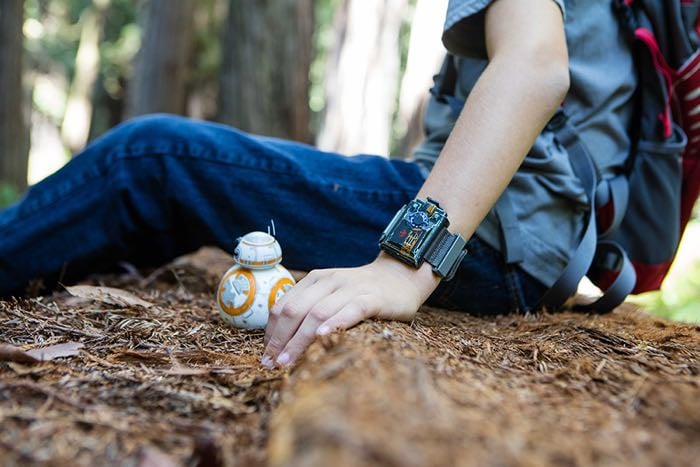 Sphero are launching a new accessory for their BB-8 droid, the Force Band which allows yoi to control BB-8 using the Force.

The new Force Band can be used to push and pull BB-8 and also drive him around, have a look at the video below.

“Branching out of app-enabled robotics and into new categories that enhance play patterns and user experience has always been our goal,” said Paul Berberian, CEO. “We continue to broaden the realm of what’s possible when it comes to robotics and as a result are able to deepen the connection between user and the app-enabled BB-8™ Droid™ product. The introduction of our first gesture based wearable is a major milestone for Sphero.”