A new project has launched over on the Kickstarter crowd funding website called the SparqEE CELLv1.0 which offers backers at the ability to develop and create their own wireless cellular projects.

SparqEE CELLv1.0 development board kit is an easy-to-use cellular development package that can be added to your Arduino, Raspberry Pi, or any other project you have, to instantly add wireless communications capable of operating anywhere in the world. 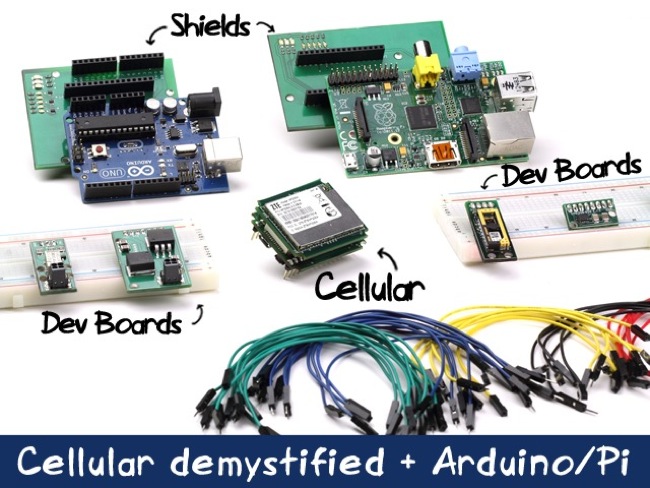 “SparqEE helps you every step of the way with the CELLv1.0 to easily get your data from Your Device, through The Cloud, and back out to Your Smartphone or Computer! In order to communicate over a cellular network, you’ll also need a SIM card. SIM cards aren’t as painful as they used to be. With the CELLv1.0 you can use any SIM.”