SpaceX, the privately owned company that was the first to be granted a license by the FAA (Federal Aviation Administration) for re-entering a spacecraft from orbit, have just successfully tested their Dragon capsule with NASA’s help. 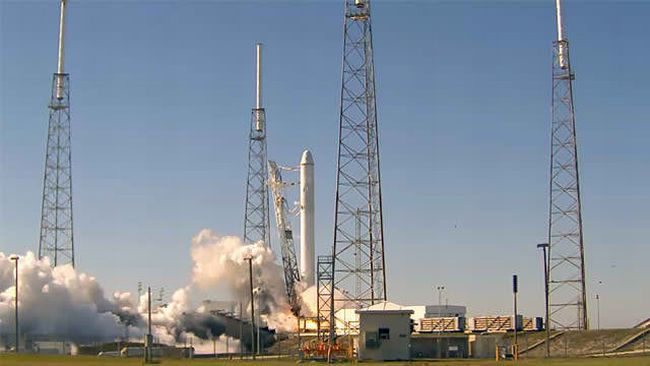 In a unique collaboration unprecedented among space programs, NASA launched the Dragon capsule via a two-stage Falcon 9 booster rocket at Cape Canaveral. The exercise was simple enough. Once propelled into orbit, the Dragon did a few maneuvers before re-entering the Earth’s atmosphere. It then crashed in the Pacific Ocean off the California coast.

The Dragon’s short visit to the eternal yonder bodes well for its future use as a cargo transport for the International Space Station and could see it enter service as a replacement for the now retired space shuttle. The success of its maiden launch is also a milestone for NASA’s COTS program. The Commercial Orbit Transportation Services sole aim is to facilitate the transport of supplies to orbital stations by private companies like SpaceX, itself founded by Elon Musk of Tesla Motors renown.

NASA Administrator Charles Bolden had this to say: “This is the first in a new generation of commercial launch systems that will help provide vital support to the International Space Station and may one day carry astronauts into orbit. This successful demonstration flight is an important milestone in meeting the objectives outlined by President Obama and Congress, and shows how government and industry can leverage expertise and resources to foster a new and vibrant space economy.”