An Italian astronaut on a spacewalk outside the international space station had some harrowing moments recently. Astronaut Luca Parmitano had some sort of water leak filling his helmet and getting into his eyes and ears making it difficult to see and hear. Since he was unable to see due to water in his helmet, he ultimately used his safety cable to blindly pull himself back to the airlock. 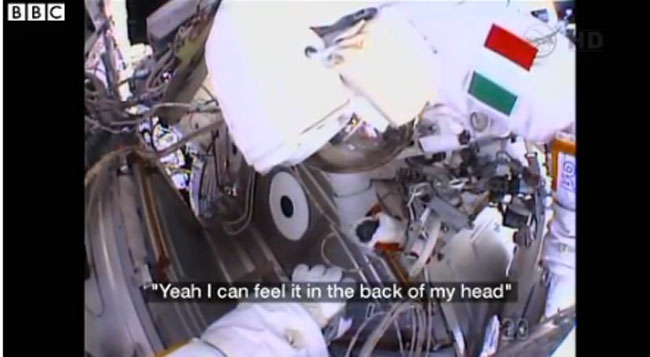 The spacewalk was held on July 16 and was aborted once mission control heard about the leak. The astronaut wrote,”The water has also almost completely covered the front of my visor, sticking to it and obscuring my vision.,, the water covers my nose – a really awful sensation that I make worse by my vain attempts to move the water by shaking my head.”

“By now, the upper part of the helmet is full of water and I can’t even be sure that the next time I breathe I will fill my lungs with air and not liquid.” He added, “To make matters worse, I realise that I can’t even understand which direction I should head in to get back to the airlock. I can’t see more than a few centimetres in front of me, not even enough to make out the handles we use to move around the station.”