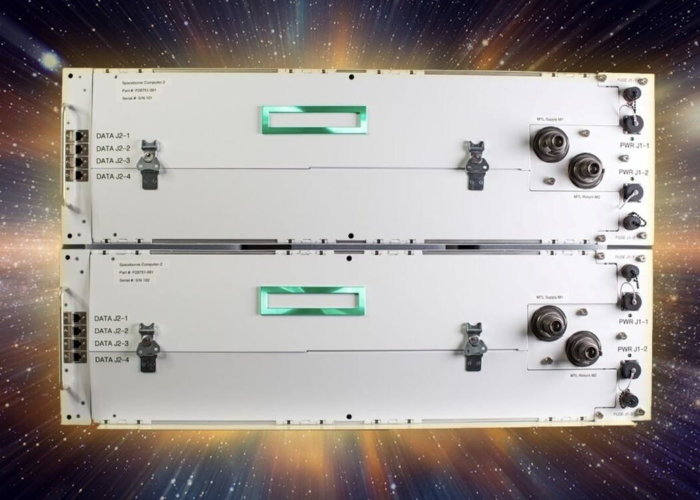 Hewlett Packard Enterprise (HPE) has this week unveiled a new computer system designed specifically for the International Space Station, building on the previous Spaceborne Computer, a proof-of-concept that HPE developed and launched in partnership with NASA in 2017 to operate on the International Space Station (ISS) for a one-year mission. The new Spaceborne Computer-2 will offer twice as much compute speed with purpose-built edge computing capabilities powered by the HPE Edgeline Converged Edge system and HPE ProLiant server collect and process data from a range of devices, including satellites and cameras, and process in real-time.

Making sense of volumes of remote sensor data: There are hundreds of sensors that NASA and other organizations have strategically placed on the ISS and on satellites, which collect massive volumes of data that require a significant amount of bandwidth to send to earth to process. With in-space edge computing, researchers can process on-board image, signal and other data related to a range of events, such as:

“The most important benefit to delivering reliable in-space computing with Spaceborne Computer-2 is making real-time insights a reality. Space explorers can now transform how they conduct research based on readily available data and improve decision-making,” said Dr. Mark Fernandez, solution architect, Converged Edge Systems at HPE, and principal investigator for Spaceborne Computer-2. “We are honored to make edge computing in space possible and through our longstanding partnerships with NASA and the International Space Station U.S. National Laboratory, we are look forward to powering new, exciting research opportunities to make breakthrough discoveries for humanity.”