Some new pictures of the now retired space shuttle Endeavor’s flight deck have surfaced showing how many buttons and toggles the spacecraft actually has. If you’re looking at all the buttons and thinking, by golly I’d like to push them all, you aren’t alone. Apparently, there were so many buttons that mission control what the point the astronauts to some little used controls when needed. 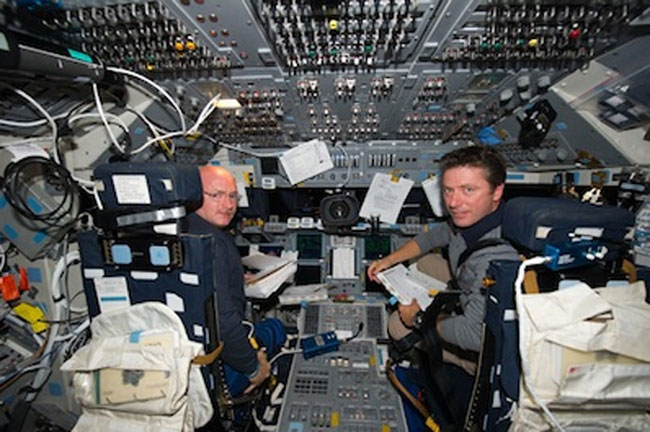 The Endeavor was the last of the space shuttle fleet to go into space in June 2011. The shuttle is now retired and will spend the remainder of its days on display at the California Science Center. It’s hard to imagine as many as seven astronauts living for weeks at a time on the space shuttle.

For display purposes, the shuttle has had two of the rear seats removed on the flight deck. On the lower deck, the space toilet, kitchen, and other components have been removed for display.