Designed by London based design student Chris Naylor this concept Space Invader toaster has to be up there with the best of the other geeky toasters we have featured here on Geeky Gadgets. 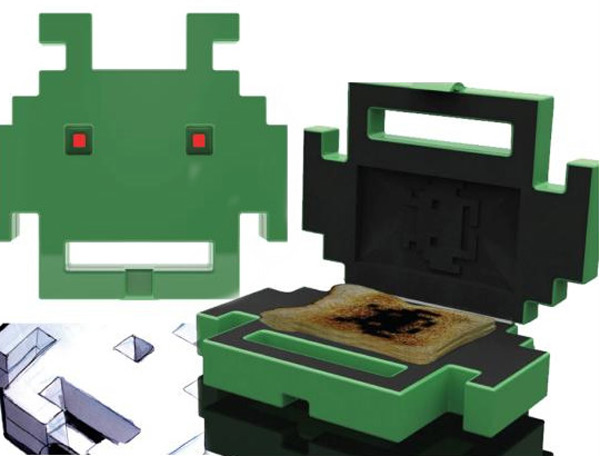 The concept took Chris a week to design and construct and was part of a project in conjunction with Peter Black Footwear & Accessories. Check out other featured toaster include the Darth Vader toaster, Battlestar Galactica LED Toaster and Zuse Toast Printer

Unfortunately the Space Invaders toast is still a concept at the moment but finger crossed it might one day move into production mode.