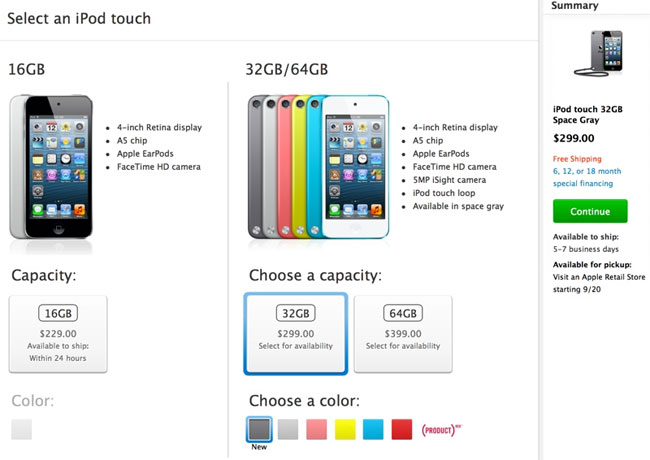 Space gray replaces black as a color option on the iPod Touch, Shuffle, and nano. The addition of that new color is the only change made to any of the iPod models. Black is also apparently the only color the chopped from the color options for any of those products.