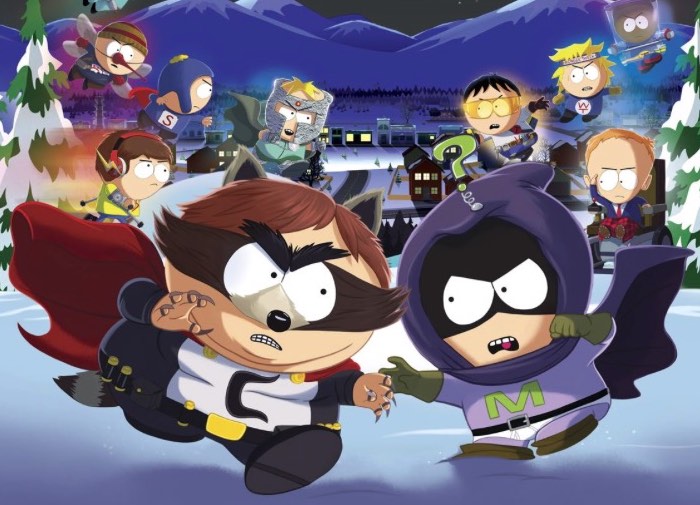 South Park fans patiently waiting for the release of the new South Park: The Fractured But Whole role-playing game which was expected to launch on December 6th, 2016.

Will be disappointed to learn that the games developers and publisher have today announced that its launch will now be delayed until Q1 2017. The delay affects all versions of the game including those for Xbox One PlayStation 4 and PC.

In a brief but succinct blog post Ubisoft have today announced that the South Park: The Fractured But Whole would be delayed until 2017 by explaining :

South Park: The Fractured But Whole will now launch on Xbox One, Playstation 4 and PC, calendar Q1 2017. The development team wants to make sure the game experience meets the high expectations of fans and the additional time will help them achieve this goal.

As soon as any more details, trailers or news our released about the upcoming South Park game we will keep you up-to-date as always.