Soundfreaq has announced a new speaker that is designed to let you stream music wirelessly from your iPad, iPhone, Android device via Bluetooth, the Sound Stack, and according to the press release the speaker is designed for Audiophile’s. 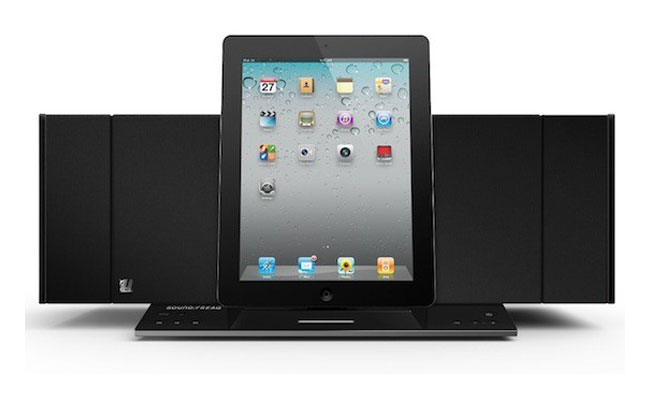 “After two years in development, we’re extremely proud of the acoustic bar that Sound Stack sets. It delivers power with detail, bringing instruments and voices closer to the listener than on any home system we’ve heard,” said Matthew Paprocki, co-founder and creative director of Soundfreaq. “Throughout our testing, enthusiasts and artists alike have commented that they ‘can see the music being played.’ Combined with our industry-leading feature set and value, it’s a no-compromise product.”

The Sound Stack also comes with a built in dock so that you can charge your iPhone, iPad or iPod and it also features a universal USB charger for charging Android devices and other smartphones.

The Soundfeaq Sound Stack is now available in the US from specialist audio retailers for $399, you can find out more information over at Soundfreaq.