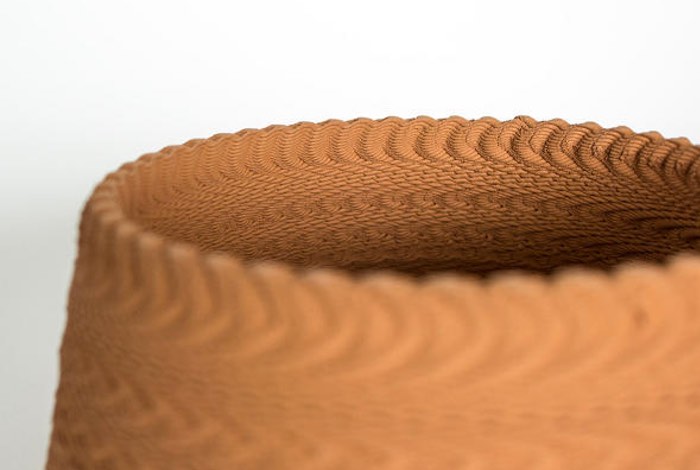 Here on Geeky Gadgets we have featured plenty of different 3D printing filaments and 3D printing machines, but one unique way of creating patterns whilst 3D printing using ceramic materials has been achieved by pumping music underneath the 3D printing bed.

As you can see in the video-based beats are being blasted through a speaker that is positioned directly underneath the printing bed making the 3D printer object moved slightly and create different patterns depending on the music being played.

The method of 3D printing ceramic materials has been developed by designer Olivier van Herpt and Studio Van Broekhoven who has been exploring textures made by sound vibration while 3D printing clay.

Instead of using a potter’s wheel or cast to make his ceramics, Van Herpt builds digitally controlled clay extruders that are essentially 21st-century takes on the traditional coil pot. The machines create intricately patterned and complex sculptural pieces that would be damn near impossible to do by hand without years and years of training.

For Solid Vibrations, Van Herpt teamed up with sound designer Ricky van Broekhoven. They rigged a speaker to sit directly beneath the 3-D printer, which emits a very low-pitched sound. (While the artists used ambient droning in their demonstration video, one can only imagine what other songs with heavy bass would look like.) As the printer gradually pipes each pot, the vibrations subtly move the vessel to create moiré patterns that look almost like textile knits in the clay.