The Xperia Z Ultra features a 6.4 inch full HD Triluminos display with a resolution of 1920 x 1080 pixels, the handset is powered by a quad core Qualcomm Snapdragon 800 processor with a clock speed of 2.2GHz and it comes with Android 4.2 Jelly Bean. 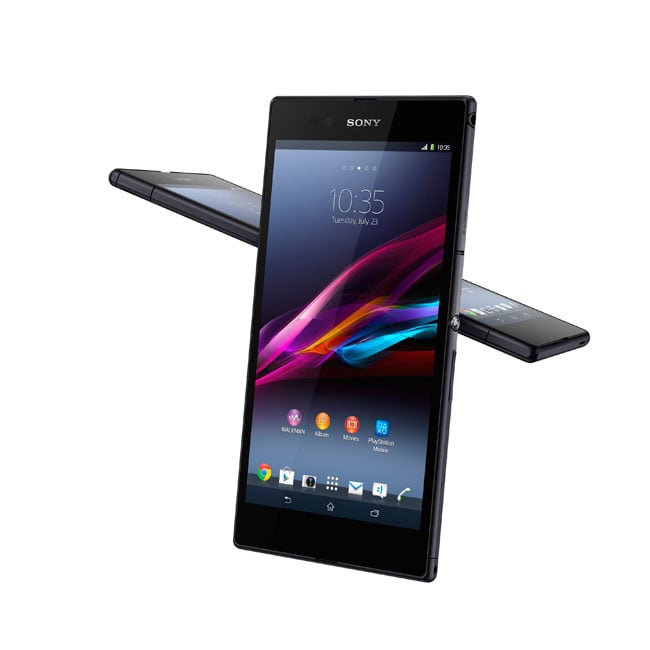 Other specifications on the Sony Xperia Z Ultra include 2GB of RAM and 16GB of built in storage, there is also a microSD card slot for extra storage, plus a 3,000 mAh battery.

The Xperia Z Ultra may feature a massive display, but the handset is designed to be ultra thin and light, it measure just 6.5mm thick and weighs in at just 212 grams.

On the back of the Z Ultra is a Sony Exmor RS 8 megapixel camera with HDR, the handset also features NFC, WiFi and Bluetooth, and the device is designed to be resistant to dust and water like the Xperia Z.

The Sony Xperia Z Ultra comes with an IP55 and an IP58 rating for dust and water resistance, it also features Sony’s Walkman app for movies and music.

Sony have said that the Sony Xperia Z Ultra will launch around the world in quarter three, there are no details on pricing as yet.