Sony has announced another new Android smartphone that is headed to Japan, the Sony Xperia VL which will be available with Japan’s KDDI, the device will come with Android 4.0 Ice Cream Sandwich.

The Sony Xperia VL features a 4.3 inch HD Reality Display with Sony’s Mobile Bravia Engine 2, it also comes with a 13 megapixel camera and a 1.5GHz Qualcomm Snapdragon S4 processor, have a look at the specifications below. 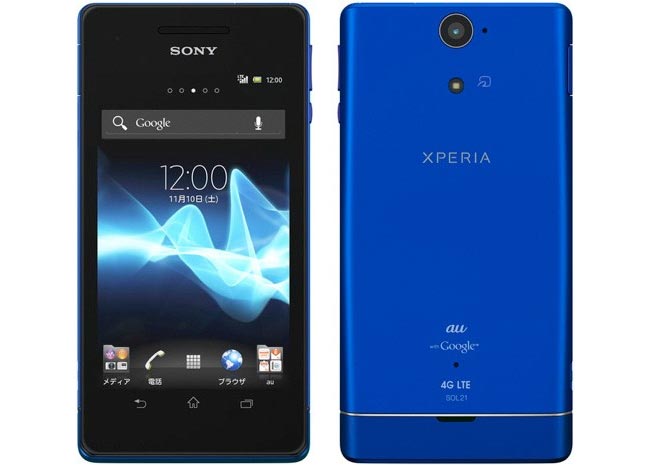 The Sony Xperia VL will go on sale with KDDI in Japan before the end of the year and is expected to retail for around $380.