The Sony Xperia Tablet Z is designed to both resistant to water, and one tablet Z owner decided to put the tablet through its paces to see how well it did inside his fish tank, have a look at the video below.

The Sony Xperia Tablet Z comes with a 10.1 inch display with a resolution of 1920 x 1200 pixels, and will come with Android 4.1 Jelly Bean, the device is powered by a quad core Qualcomm APQ8064 processor clocked at 1.5GHz. 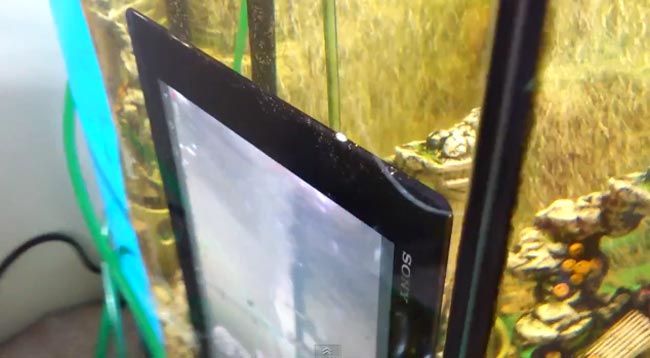 The Sony Xperia Tablet Z features NFC, LTE and a microSD card slot, it looks like Sony has slimmed the design down from their previous tablet as this one measures just 6.9mm thick and weighs in at 495g, it also comes with a 6,000 mAh battery.
Source Xperia Blog