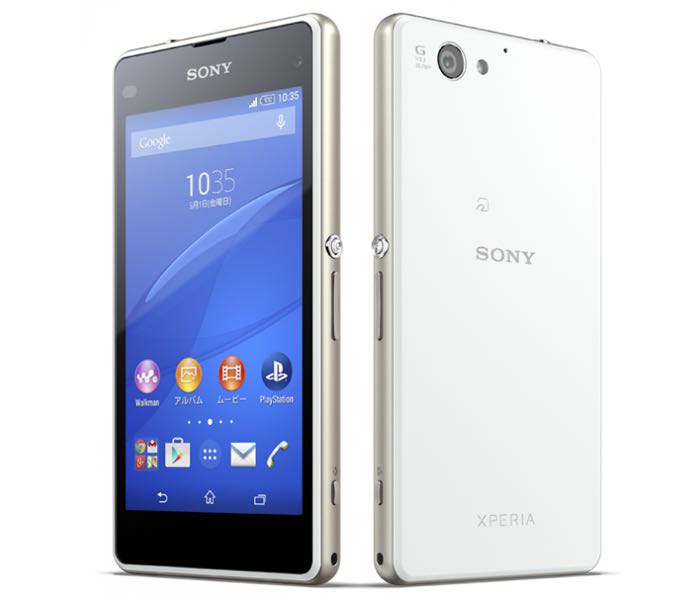 Sony has launched a new Xperia smartphone in Japan, the Sony Xperia J1 Compact and this will be the first model to launch SIM free in the country.

The Sony Xperia J1 Compact will come with a 4.3 inch display that has a HD resolution of 1280 x 720 pixels and the device is powered by a quad core 2.2 GHz Qualcomm Snapdragon 800 processor.

Other specifications on the Sony Xperia J1 Compact include 2GB of RAM and 16GB of included storage, should you need additional storage, the handset comes with a microSD card slot.

The new Xperia J1 Compact features front and rear facing cameras, on the front of the devices is a 2.2 megapixel Exmor R camera and on the back is Sony’s flagship mobile camera, the 20.7 megapixel Exmor RS.

The handset also comes with Android 4.4 KitKat and the device will launch in Japan on the 20th of April. Sony will start taking pre-orders on their new Sony Xperia J1 compact from the 27th of March and the device will retail for 54,800 Yen which is around $453 at the current exchange rate.