Google recently released their new Google Chromecast, which has turned out to be a popular device, and now it would appear that Sony may be working on a rival device.

Details of a new device from Sony have appeared at the FCC, the device is described as an ‘Internet Player’, have a look at a photo of the device below. 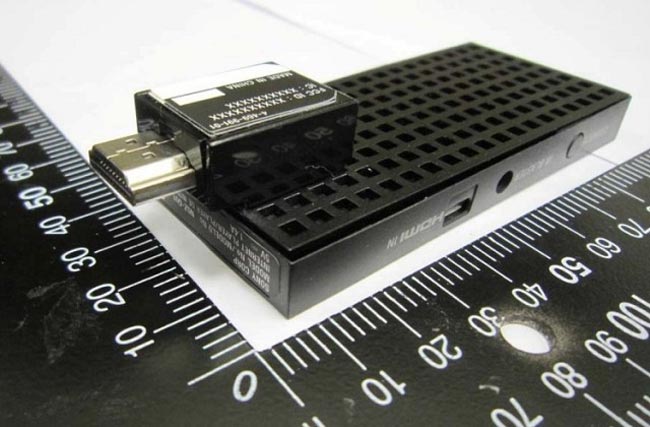 According to the guys over at Xperia Blog, this Sony device comes with a Marvell DE3108 SOC, 1GB of RAM and 8GB of flash storage.

It also features Bluetooth 3.0 and 802.11b/g/n WiFi, the device is apparently powered by the USB connection on your TV. We suspect we will find out more details about this new Sony device on Wednesday.