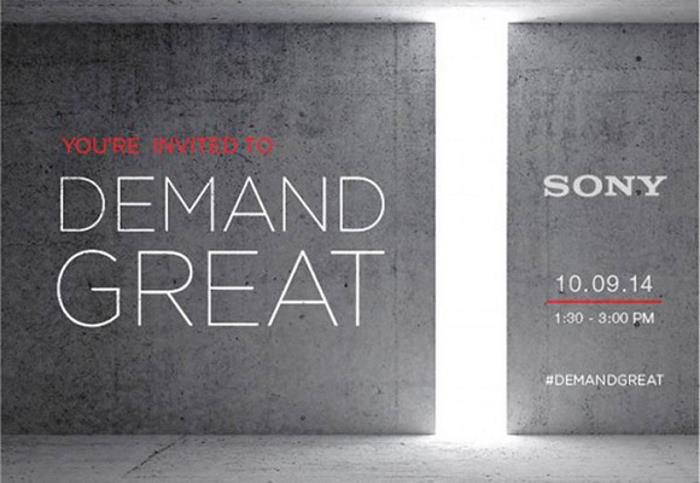 Sony has scheduled an even on October 9th in the US, just a day after HTC’s October 9th event where the company is expected to launch a GoPro style camera. The event will kick off at 1:30PM Eastern Time, and will go until 3PM.

The invite reads, “You’re invited to demand great” and could be for the launch of Xperia handsets in the US, which were a little hard to get for the residents.

There’s a possibility that we may get to see the new Xperia devices at the event. T-Mobile has already confirmed they’ll sell the Xperia Z3 in the coming weeks. Secondly, the “Demand Great” tagline has been spotted in Xperia Z3 ads as well if you haven’t noticed.

There’s no official word from Sony or any other carrier as of now, but it’s not too irrational to think that the Japanese OEM may launch more Xperia devices in the US. We’ll update you as soon as we get more information.