Sony has this week unveiled two new additions to its range of products in the form of the Sony Personal Content Station and Portable Wireless Server, which have been created to provide users with an easier way to store, view and share photographs and videos.

The Sony wireless home hub has been created to provide one central storage solution for users, even if their images and footage reside on several different mobile devices, enabling easy storage without the inconvenience of transferring the data to a PC. Watch the videos after the jump to learn more about the new Sony devices. 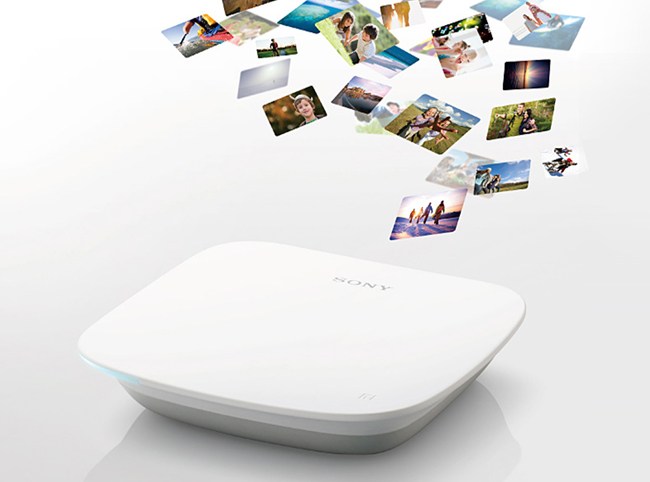 The Sony Personal Content Station is equipped with an integrated video transcoder that automatically converts high-definition AVCHD videos to the MP4 format for easier playback on smartphones or tablet devices. Sony explains the use of the included NFC technology:

“Using near field communications (NFC) technology, with just one touch, users can automatically begin transferring the most recent photos and videos taken from a phone to the Personal Content Station. This “One-touch backup” is managed easily using your smartphone or tablet by the “PCS Manager” App (available for download through Google Play or the iTunes App Store). For non-NFC devices, users can simply start the transfer process by following the instructions on the PCS Manager App.”

The Personal Content Station offers 1TB of storage, and requires Android 2.3 or higher/iOS 6.0 or later to use, the Sony Portable Wireless Server, offers 10 hours of audio playback on a charge, and measures a mere 2 x 4.25 x .75-inches.