Sony is expected to launch their new NEX-6 camera shortly and now it would appear that a photo of the device has been leaked, which you can see below, the photo was posted to Weibo.

As you can see from the photo, as well as the NEX-6 there is also a 24mm and a 50mm lens, and it will also feature a electronic viewfinder and a pop up flash, plus a dedicated function key. 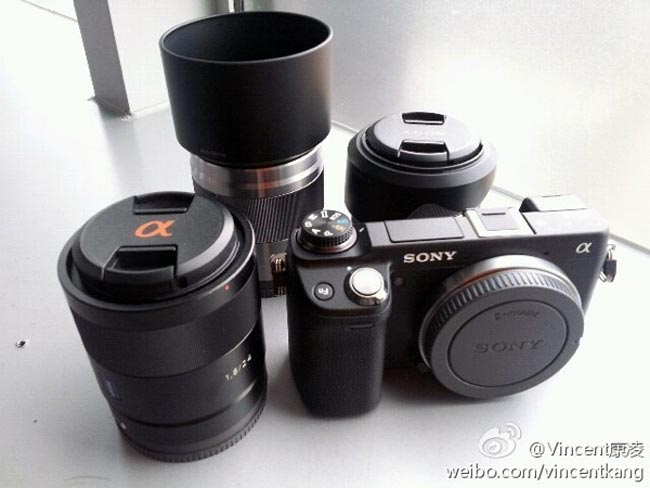 There are no details as yet on when Sony will officially unveil the new NEX-6, as soon as we get some more information, along with a list of full specifications and some pricing details we will let you guys know.