Sony has launched a new website for its upcoming motion controller for the PS3, the Playstation Move. The new website gives an idea of what we can expect from PlayStation Move, with video previews and information on this new controller.

There are also some details on the website on the sorts of games we can expect to see with the PlayStation Move, which we have seen previously. 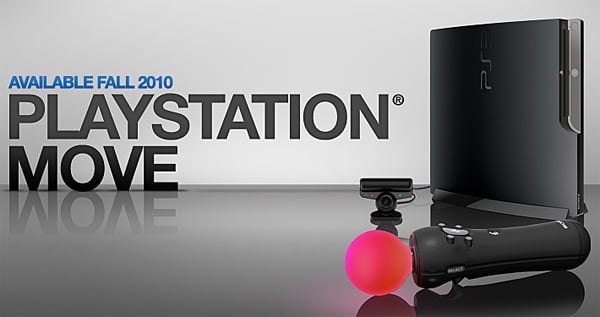 Using advanced motion sensors and the PlayStation®Eye Camera, your every movement is mimicked on-screen in breathtaking Blu-ray powered HD. Take core gaming to a new level or bring your whole family in on the adventure with a title line up that will excite every gamer.

It will be interesting to see what Playstation Move is like in action, and which one will become more popular Sony’s PlayStation Move or Microsofts Project Natal.

At the end of the day it will come down to the games, which ever manages to produce the best games for these new motion controllers will become most popular, but will either be able to compete with the Nintendo Wii?