The Sony ICF-C8WM Walkman Clock radio is designed to be used with your Sony Walkman Mp3 player or any Sony Ericsson Mobile phone, it comes with a range of features as well as being able to dock and charge your Walkman or mobile phone. 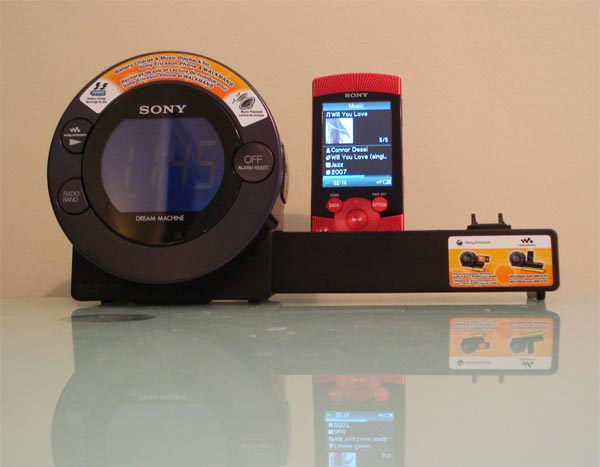 The Sony ICF-C8WM is very easy to setup, just plug it in and you are ready to go, the time and date are automatically set as soon as the unit is powered on.

It features a slide out dock on the side with two dock connectors as you can see in the photo above, one is for you Sony Walkman, which we tested it with and the other is for your Sony Ericsson mobile phone. 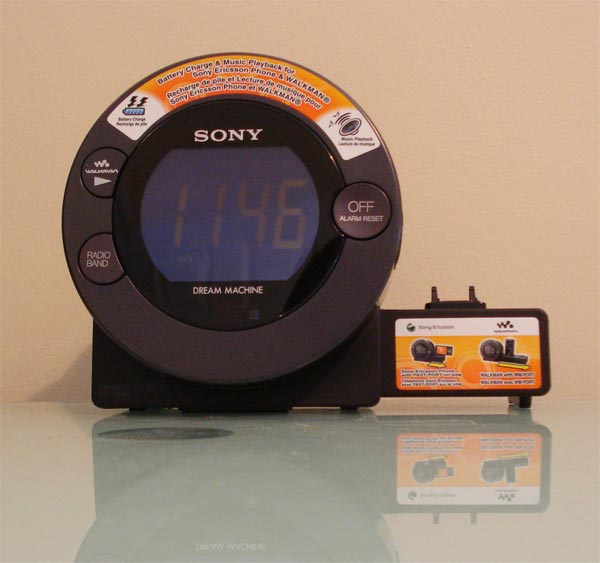 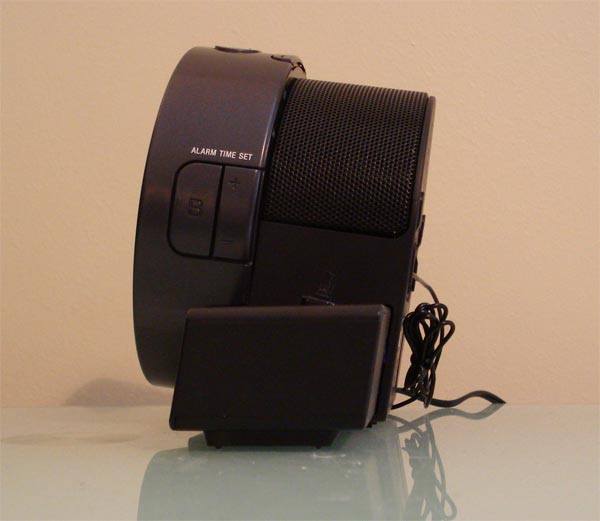 There is also the ability to set the alarm to play music from either your MP3 player or your mobile phone, and it also features a built in sleep timer, and a 3.5mm audio jack so you could plug whatever MP3 player you want into it to listen to some tunes. 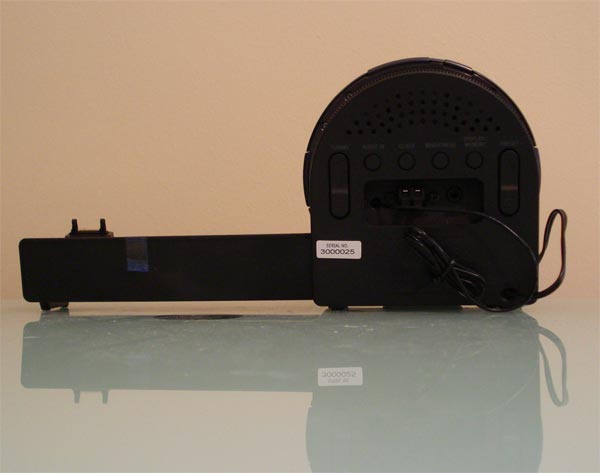 Overall the sound is good from Sony ICF-C8WM Walkman Clock Radio, exactly what you would expect from a clock radio phone dock, and if you own a Sony Walkman or a Sony Ericsson mobile phone then this might be the ideal accessory. 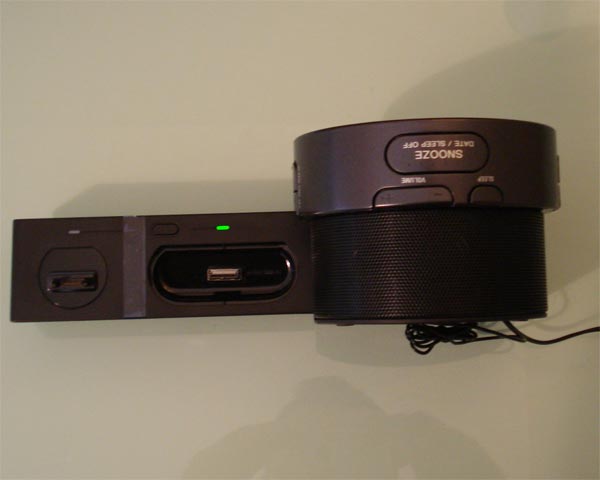 One feature we did like on the Sony ICF-C8WM was the backup battery, which means if you have a power cut in the middle of the night, the clock radio will still work and wake you up in the morning.

You can find more details on the Sony CF-C8WM Walkman Clock Radio over at Sony.