A slide has been leaked today that reveals the new Sony Honami Smartphone may come equipped with ultra HD video recording features.

TH leaked slide was first spotted over on the Chinese social networking site Weibo, but now the original post has been deleted revealing the specifications for the new Sony Honami Smartphone. 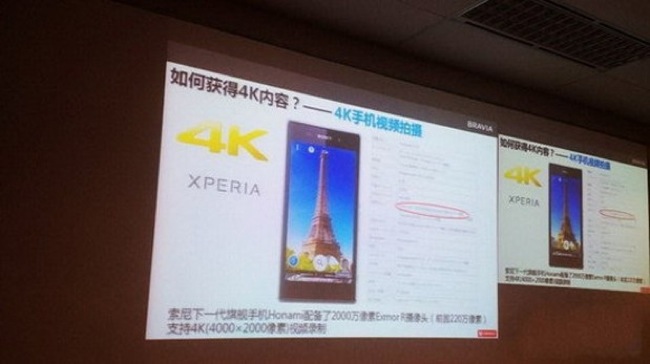 However as you can see from the slide the Sony Honami Smartphone will also be fitted with a 20-megapixel Exmor R rear camera sensor fro Homani, together with a front facing 2.2 megapixel front facing camera designed for video chat.