We previously heard that Sony would be announcing the Sony Honami at IFA Berlin 2013 in September, and now it looks like the handset will get official on the 4th of September.

The following photo was posted online and is apparently a teaser for the Sony Honami, as you can see it comes with the date of the 4th of September 2013 and also Berlin as the location for the event. 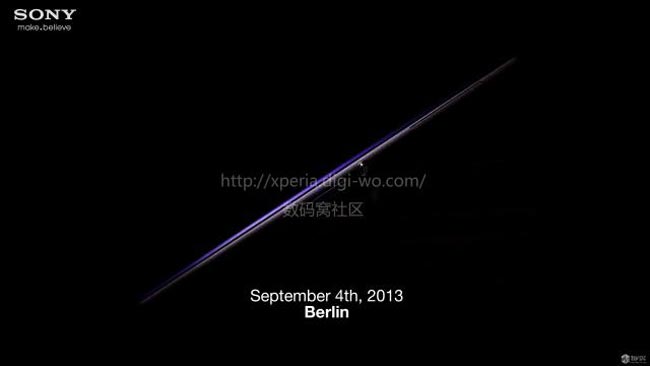 The Sony Honami will come with Android 4.2.2 Jelly Bean and will features a 5 inch full HD display with a resolution o 1920 x 1080 pixels, processing will come in the form of a 2.2Ghz Qualcomm Snapdragon 800 processor and it will feature 2GB of RAM.