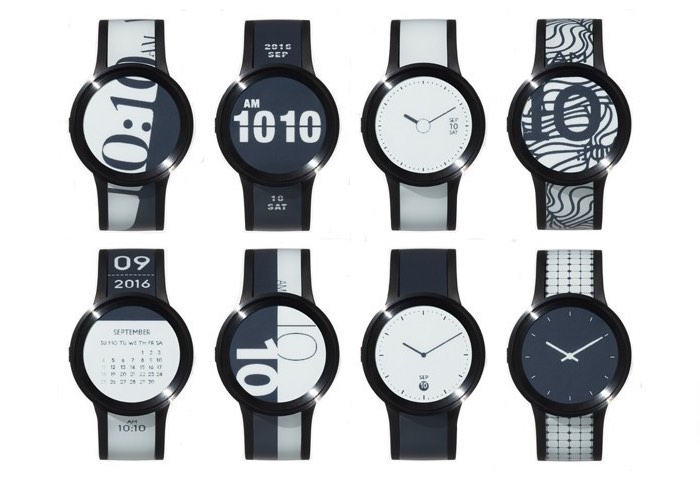 Sony has once again taken to crowdfunding to raise funds to take their new Sony ePaper watch into production. After successfully launching the FES Watch using the company’s own First Flight crowdfunding platform back in 2015.

After successfully launching the original FES Sony then started selling the ePaper watch in limited quantities. Building on the design and inspiration for the first watch Sony has now launched a new model with a water resistant design.

Sony has also equipped with watch with a rechargeable Lithium-ion battery which should provide up to 3 weeks of usage on a single charge and take roughly 2.5 hours to charge from flat. The original FES watch was equipped with a coin cell battery.

The new Sony ePaper watch also features a more sturdy frame and is now available to preorder from the First Flight crowdfunding website priced from ¥ 44,710 or roughly $439. Sony is hoping to start shipping the new watch during April 2017 and it is available in a number of different finishes including white, silver or black.

Sony has also made premium versions available that use a combination of different colours. Check out the video below to learn more about the latest creation by the Sony development team or jump over to the First Flight website via the link below.