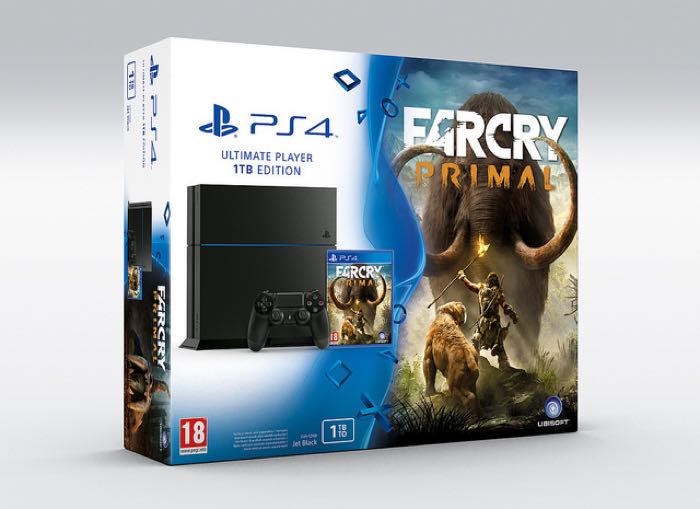 Sony has announced a new Far Cry Primal PS4 Bundle, the bundle will go on sale on the 23rd of February to coincide with the launch of Far Cry Primal.

Included in the bundle with be a 1TB Jet Black PlayStation 4, a copy of Far Cry Primal and a Jet Blakc DS4, there is also a new trailer for the game which you can see below.

Take a look at this cool new trailer and witness the Stone Age – a time of danger and adventure, when giant mammoths and sabre-toothed tigers ruled the Earth, and humanity is struggling to climb the food chain. As the last survivor of your hunting group, you will have to rise above extinction and unite your tribe

Are you ready to take part in the most important battle humans ever had to fight?

You can find our more details over at Sony at the link below, they have said that availability will vary by country and have not announced any pricing as yet.